To understand the concept of nonconformity in the rock formation, it is important to mention the basic types of contacts between the rock layers.

There are three basic types of layer contacts known as Unconformities. When there are transitions between the layers in a particular gap of time, the layer formation changes and the intermediate layer vanishes gradually. It happens in millions of years and the rocks produced at different times are pushed jointly. It seems to form the one rock. During the study of the rock structure, it can be analyzed well and so, the structure of two rocks pushing together now as a one can be understood.

Disconformity: When the sediment layers are eroded, new sediment comes into existence on top of the layers. The new sediment pushes the intermediate layer. The layers lie parallel to each other and in a particular sequence. Besides, the age of two rock layers can be measured easily. It is called a disconformity.

Angular Unconformity:  When the older rock has a different attitude than the younger rock, and the beds on the older rock are truncated, it is known as an angular unconformity. The layers of the rocks in such unconformity are paralleled to each other roughly. They are not in a proper sequence. However, it is easily recognizable.

In other words, suppose, you are studying two rocks: sedimentary and metamorphic. The lower rock is metamorphic and 600 million years old and the upper rock is sedimentary and 400 million years old. You cannot differentiate between the ages of both the rocks. Even you cannot differentiate between them due to their material and structure. The only difference you will see the erosional contacts lying between both of them.

Here are a few examples of nonconformity in rocks. See below the images. 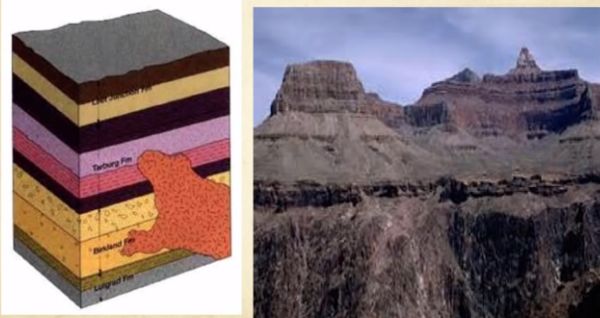 See the image above for nonconformity in the rock formation. It is clearly visible in the structure of the rocks that sedimentary rock is paralleled to the igneous rock and how the formation seems in two different patterns. The pattern can be differentiated only in the presence of fossils in the igneous rock. 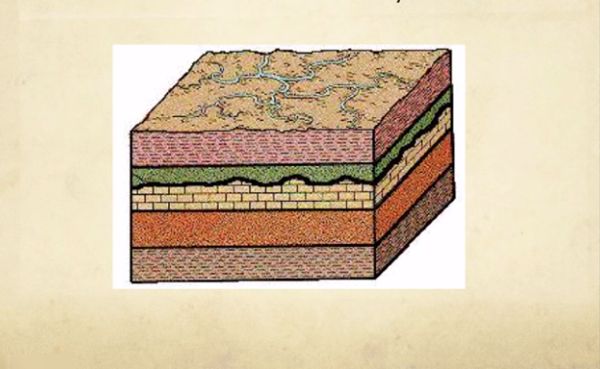 Here, the parallel rocks and their patterns are visible. You can easily recognize the structure of each rock. You can easily examine the sediment rocks lying parallel to differentiate their ages.